29/04/2019
Isocyanates production: Global and Russian Isocyanate Market Overview
Increasing demand for isocyanates requires the creation of new plants. Currently, Russian market demand for isocyanates is completely covered with import. Starting new productions of isocyanates may have high recoupment of capital investments and therefore be interesting for investors.
Isocyanates are an important component in polyurethanes production that have a wide range of applications in various branches of industry: from the production of wiring cables and building insulation to the production of synthetic leather and fiber fillers for upholstered furniture.

ECTC specialists carried out an analysis of Global and Russian market of isocyanates, including data on import and export as well as leading foreign manufacturers. In their view, the conditions allow to launch the domestic production of this chemical agent in Russia.

Engineering Chemical Technological Center together with its technological partners have the off-the-shelf technology for the production of isocyanates, which can be easily scaled to reach the required production volumes.

Isocyanates are raw material for the production of polyurethanes. Toluene diisocyanate (TDI) and methylene diphenyl diisocyanate (MDI) are the main types of isocyanates used in industry. 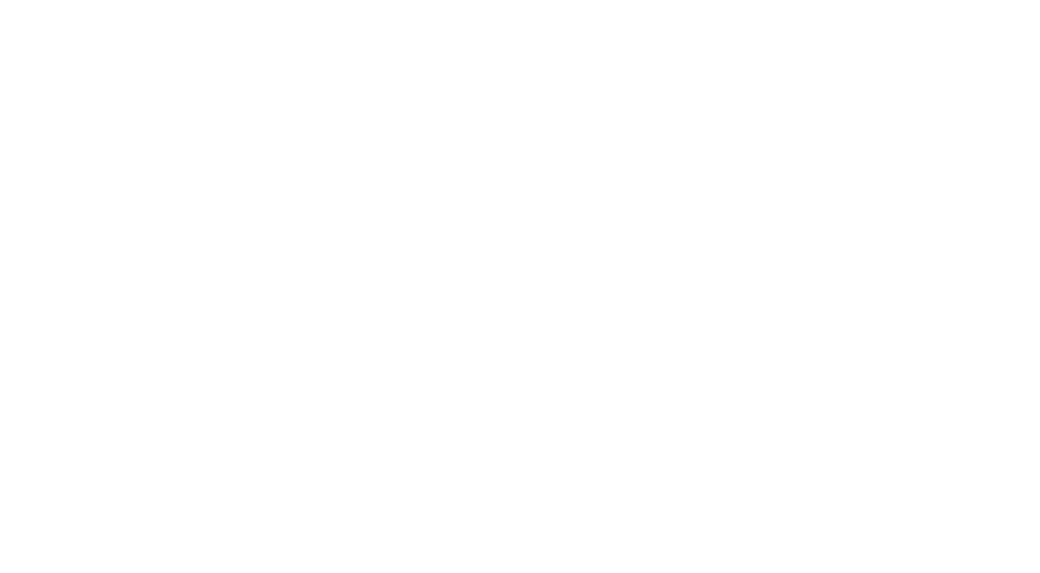 The structure of global isocyanates consumption (MDI and TDI) by industries

Despite the cutback in old production the global isocyanate capacities are annually growing, new enterprises are regularly launched, and the current production capacity increases. For example, such key market players as the USA and Germany are going to expand their capacity by 850 and 200 thousand tons respectively. As for Chine that is another market major, it has MDI expansion project by 100 thousand tons while TDI by 360 thousand tons.

In October 2018, Covestro, a German chemical manufacturing company, expressed its interest in investment $1.7 billion to build a new isocyanate production plant (MDI) in Baytown, Texas. It's estimated that the plant will come on-line with 500,000 tons of annual capacity by 2024. According to the representatives of the company, the market demand for MDI is about 9,7 million tons per year globally and growing at 5% annually. "You basically need a world-scale plant every year," says Craig Caputo, vice president of polyurethanes regional product management for Covestro.

The largest isocyanate-consuming region is the Asia-Pacific region. China is the largest MDI consumer.

The global MDI and TDI markets are expected to grow at an annual average rate of 5%.

However, since spring 2019, China's prices for TDI have been coming off as demand continues to languish.

Between the main reasons are the US-China trade disputes as well as environmental control measures.

More than 80% of MDI produced in the world is used in the polyurethane industry. MDI is the basic chemical substance required for the rigid polyurethane foams production.

The growth of the MDI market is ensured owing to growing end use industries of isocyanate market such as MDI insulation, packaging, automotive engineering, furniture and footwear industries. In addition, the demand for MDI will increase due to its use in adhesives, sealants, elastomers, coatings and binders.

The development of new capacities in Asia and the Middle East will trigger the growth of supply on the isocyanates market. As a result, the MDI prices have to go down.

The global MDI market is expected to grow by about 5% per year in the long-term. The expected global MDI demand growth translates into the need for approximately one additional world-scale plant per year.

However, as MDI causes skin and respiratory irritation (asthma and dermatitis) it may restrain the growth of MDI market. Another factor that holds back its growth is the increase in prices for raw materials due to the oil market dynamics.

The largest consumer of MDI is China. The MDI market in the region will be stimulated by such end-use industries as construction, electronics and automotive.

Europe is the second largest MDI market. Production of MDI-based insulation will stimulate the European market growth, while strict environmental protection rules will keep it in the region.

In order to increase products demand in North America and Europe, isocyanates market players are actively pursuing research and development activities for the further production of biocompatible products, in accordance with environmental protection rules. In terms of optimization, the intention is to continue developing alternative raw materials for the environmentally friendly MDI.

Asia Pacific is the largest consumer with about 40% share of the global TDI market and the region will post the most considerable growth. Concerning the global demand for TDI, the Asia-Pacific region occupies about 50%, Europe - 25%, North America - 12-13%, then Latin America, the Middle East and Africa.

Furniture and automotive industries will be among the drivers of global TDI market growth. However, rise in raw materials prices (crude oil, propylene, aniline and toluene) may hamper it.

China's share in global TDI production capacity
For the first half of 2016 China's TDI imports totaled 9.54 thousand tons, South Korea and Japan made the biggest contribution to its growth.

Japan and South Korea are other Asian exporters of TDI. From March to September 2018, in Asia prices for TDI fall due to weak demand. In China, the consumption of TDI was limited, in particular, by stricter government controls to protect the environment. Another sticking point of consumption is "caution" of furniture manufacturers in the purchase of raw materials due to the ongoing trade disputes between China and the United States.

Many TDI-producing factories in China are operating below their full capacity, and they may not have plans for its rapid increase, as they beware that trade disputes and environmental control measures will be more severe than expected.

Several plants, including the 100,000 tonne/year Gansu Yinguang plant in Baiyin, and the 50,000 tonne/year Dongnan Dianhua plant in Fuzhou, have already gone off-line for maintenance in September. Hanwha Chemicals, which in Yeosu, South Korea, a plant of total 150 thousand tons per year capacity, also planned to close its TDI plant for a month from mid-October 2018.

At the end of September 2018, a plant in India with a capacity of 50 thousand tons planned to undergo maintenance procedures.

In the USSR, the technology of polyisocyanates production was also introduced at JSC Azot Dniprodzerzhynsk (now Kamenskoye, Ukraine), and JSC Azot Novomoskovsk.
Polymeric MDI is widely used throughout:
Azot Novomoskovsk - TDI 65/35, TDI 80/20, Product 102Т (2,4-TDI);
Azot Dneprodzerzhinsk - TDI 65/35, Polyisocyanate D, 4,4'-MDI;
Korund Dzerzhinsk - Product 102T (2,4-TDI), Polyisocyanate B, Product 102H (HDI).
Domestic MDI was produced until 1991 for the needs of the defense industry. Its production volume was 12 thousand tons per year. But with the beginning of Perestroika period factories began to close down. Since the collapse of the USSR, polyurethane production was freezed and technologies have not been updated for a long time.

Today there is no production of isocyanates in Russia. So all raw materials are imported.

According to experts, if there is a steady annual growth of Russian PU market in at 10–12%, the level of MDI consumption at 300 thousand tons will be achieved by 2020–2021.


In view of the growth in domestic demand in Russia and export of products, the startup of isocyanates production could be really investor-friendly. The size of CAPEX and OPEX, needed to begin the production is well below than in the advanced world. Today is a good time to invest in Russian chemical industry

Market players also believe that the creation of an isocyanate complex is impossible without state support.

According to INVENTRA, for 2017 among all imported isocyanates, the largest share is intended for the production of polyurethane foams - 80% (135 thousand tons), of which 42% are required for the flexible foams production, 38% for rigid foams. Flexible foams are mainly used in the automotive and furniture industries, while rigid foams - in refrigerators and pipes insulation as well as in insulation panels manufacturing.

In 2014, due to the change in the exchange rates the price of isocyanates on the Russian market rose (as expected). Perhaps, the rise in prices for source materials has recently become one of the reasons for actualization in planning their own production by domestic companies.

Plans for building isocyanates plants in the Russian Federation

In the last 5 years, more than 10 chemical companies have declared their desire to start isocyanates production in Russia. By the way, most projects remain in the blueprint stage.

In 2014, JSC Orgsintez Group negotiated with the Swedish company Chematur Engineering AB for the MDI production with a capacity of 100 thousand tons per year at Khimprom, Novocheboksarsk).

In 2016, JSC Khimprom, Volgograd, announced the signing of a confidentiality agreement with the global engineering company in the lead-up to a project of import-substituting products manufacturing. Then a working group with representatives of the international company has been formed and the technology for isocyanates production were going to be develop.

JSC Promsintez, Ekaterinburg, and JSC Bashkir Soda Company (BSC), Sterlitamak, planned to develop manufacturing facilities with annual capacity of MDI production by 100 thousand tons per year. BSC plant in Sterlitamak could become the base for the new MDI production. The development of the project was in the stage of feasibility study. However, it was based on an outdated technology that does not meet modern requirements. The license acquisition of one of the world leaders in MDI production or a partnership with them can help to overcome this problem.

JSC SIBUR Holding considered a possibility of producing PU raw materials. The company is ready to produce isocyanates if domestic consumption of polyurethanes reaches 600 thousand tons per year for the foreseeable future.

In 2017, JSC EuroChem Group (one of the Russian leaders of mineral fertilizers production) signed a memorandum with the China National Chemical Corporation (ChemChina), which allows for exploring the possibility of co-project implementation in order to produce MDI and TDI at Novomoskovsky Azot (Novomoskovsk, Tula region, one of EuroChem's companies). In case of the project realization, ChemChina provides the necessary production technologies. EuroChem intended to take the final decision on the project in 2018.

Nizhnekamskneftekhim (JSC "NKNK", member of TAIF Group) is considering the possibility of creating a MDI production with a capacity of 150 thousand tons per year within the construction of the second line of ethylene complex. NKNK plans to complete it by 2025. Among other components, the plant will produce benzene with the total volume up to 270 thousand tons per year that can be used for further processing in MDI.

In December 2018, it was reported that JSC GIPROIV began working on the development of a domestic installation for MDI production with a capacity of 80 thousand tons per year. The project will be based on an improved technology, created in the USSR and introduced into production at Korund, Dzerzhinsk and Azot, Dneprodzerzhinsk. The customer is anonymous.

JSC NIIK specialists have been carrying out research and design works in the field of isocyanates production. The research institute possess experience in design of various isocyanates production units such as TDI, polymeric MDI, phenylisocyanates and its chlorinated derivatives. As a result of extensive investigation works NIIK has developed a range of products under the general name of SURIZON® including isocyanates dimers, isocyanurates and urethanes containing isocyanate groups, blocked isocyanates etc.

It is worth to remark that now, none of the projects of import substitution of isocyanates had gone beyond the talking stage despite all the interest from the major players of Russian chemical market as well as the Government of the Russian Federation.
Sharing is caring!
We are looking forward to collaboration!
Call us or just fill the form below:
Leaving the contact details in this form, you agree to the processing of personal data
Google+
Using this site you express the consent to receive our cookies, which help provide you with the best experience we can.
Read more...
Do not show this message again
You can ask us a question in the form, or contact us by phone or email
COMPANY Profile
About us
Our works
Our team
Pilot plants
Partners and clients
Contacts and offices
PROJECTS AND SOLUTIONS
Technological audit and optimization
Marketing and patent research
Scaling of chemical technologies
Project managing of R&D
Chemistry and pharmaceutics
BLOG AND MATERIALS
Articles
News
Materials